Welcome to the Lumberjack Experience!

Check out our most recent Showcase Saturday News Promotion! 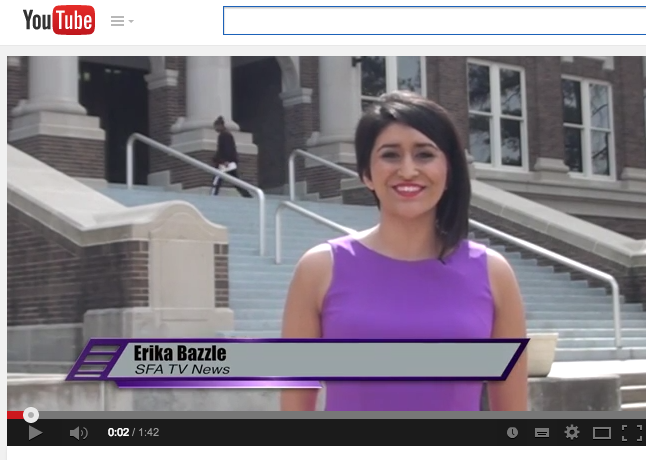 -Erika Bazzle
Lead Jack Walker
Posted by Unknown at 8:24 AM No comments: 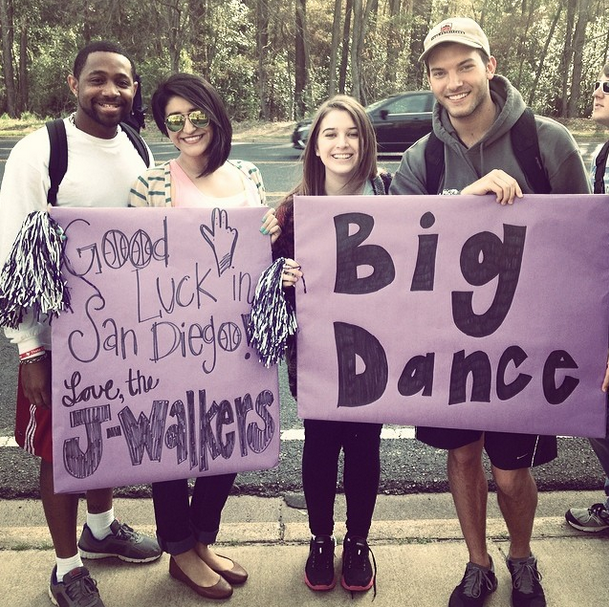 Students, faculty, news crews, and Nacogdoches locals came out to the coliseum dressed in SFA purple and anxiously awaiting each of our star players.
One by one, the lumberjack basketball team athletes left the coliseum doors and made their way through a tunnel of screaming fans and congratulatory signs.
It has been an amazing season for our men's basketball team. This will be the second time in history that SFA has qualified for the NCAA tournament.  The Lumberjacks are Southland Conference Champions and hold a 33 game home win streak. 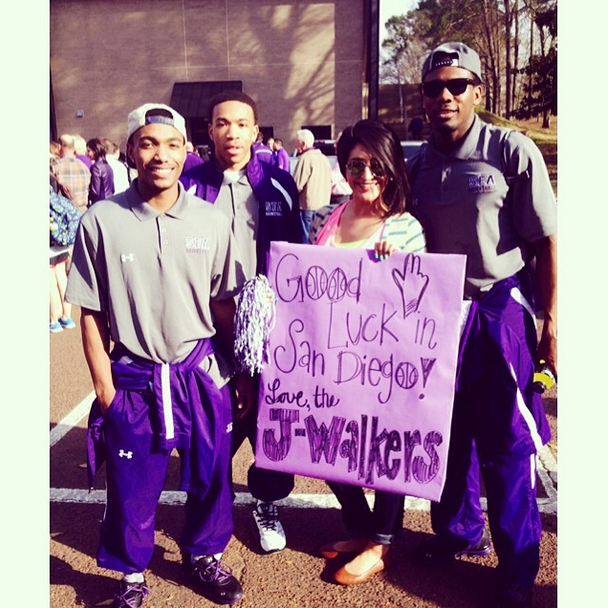 First year head coach, Brad Underwood, has been named the 2014 SLC Coach of the Year, as he lead his team to such success throughout the past season.
The first game at the Big Dance for the Lumberjacks will be against the VCU Rams, (Virginia Commonwealth University) this upcoming Friday. From there, our men will need to tough through a series a nationally accredited teams to be able to compete in the final rounds.
We are filled with pride knowing that our Lumberjacks have made it all the way to San Diego and we can't wait to watch them "axe" the rest of the March Madness competition! This Cinderella team is not done yet!

Posted by Unknown at 9:37 AM No comments: 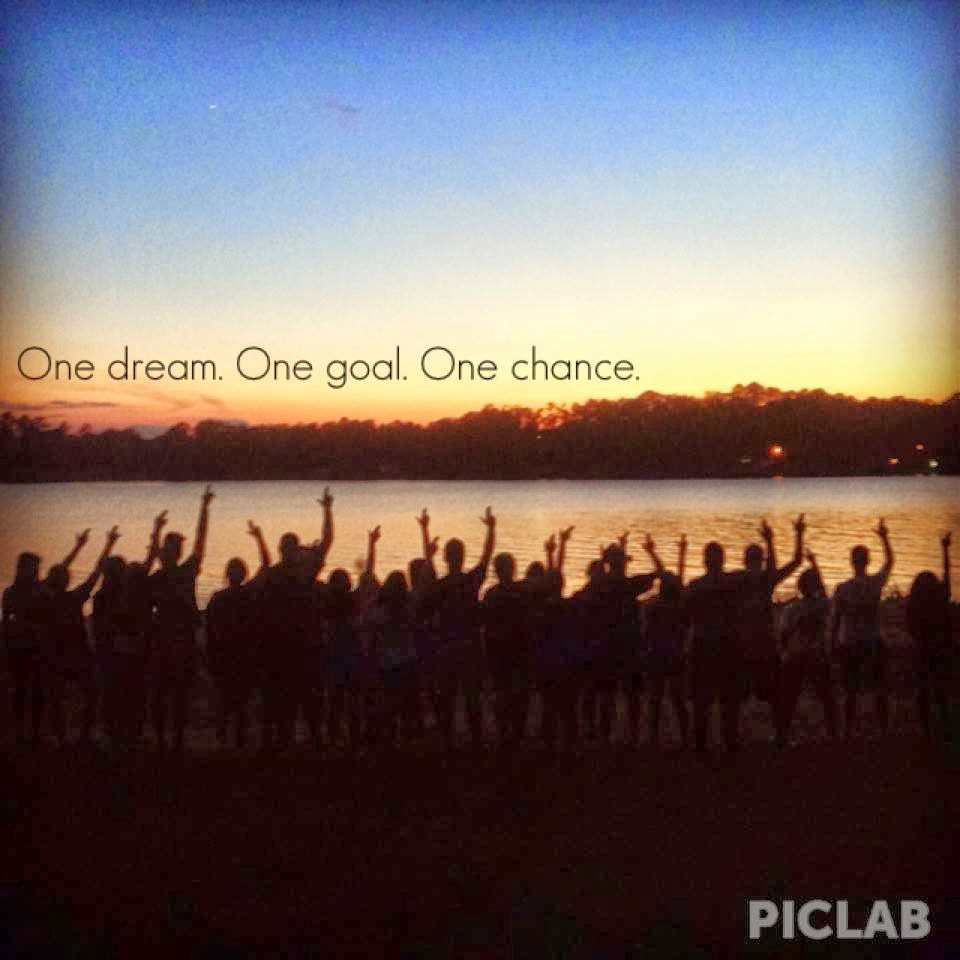 This is a fun and interactive opportunity for the Jack Walkers to get to know you, as well as let you what you can expect as a member of the program! For those of you who love to interact with people, talk about your SFA experience, and be a part of an awesome team, then this is the role for you!

All interest meetings will be held in the Visitor's Center of the Rusk Building (Room 206) at 5pm this Tuesday (Mar 4) and Wednesday (Mar 5).

Can't wait to meet you all!
-The Jack Walkers
Posted by Unknown at 9:24 AM No comments:

See what's happening in the office!